Posted on 12/11/2015 Categories: International Trainings, News and experiences!, Peace Education No comments yet

The FCV had a meeting in Nicosia, Cyprus, with the NGO Support Centre organisation, member of the Peace Bag for EuroMed Youth Network. The network is formed by 17 non lucrative organisations from 14 countries that collaborate in the promotion of PeaceCulture in the euromediterranean region. The greek-cypriot organisation is co-responsible of the group work ‘Capacity Building’, which is one of the aims of the network.

Basically, the meeting was used to determine aims and strategies thinking in the network as a whole, and complementarily in all the initiatives taking places currently.

NGO Support Centre is an organisation with a relevant experience in intercultural education and the creation of digital resources to promote citizen education and to promote the reconciliation between confronted communities in Cyprus. The most eastern country in the EU is still living, to this day, divided in three zones: greek-cypriot, greek-turkish and the british overseas territory, even though it has less than 100km long a bit more

than 150km wide, and where the border cuts the country in three and the old capital in two.

The organisation, like others, defends the dialogue, the exchange and the collaboration between these communities as a way to get over historical conflicts.

These two days have allowed us to work in new initiatives the network wants to perform in order to satisfy the needs of the member organisations, thinking in using the already existing resources, tools, capacities experiences; dedicating time and effort in creating new formation materials, focused on intercultural learning and the creation of a global citizenship.

Lluc used the trip to get to know the non lucrative organisations that are hosting European Voluntary Service projects in the country.

SAKARTVELO, THE CAPITAL OF THE CAUCASUS 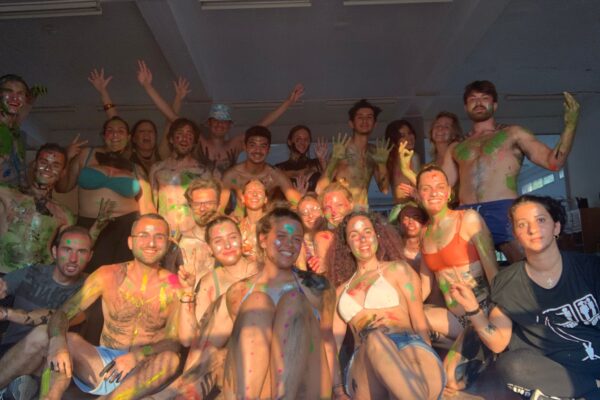 Unravelling the Challenges Related to Youth Unemployment in Europe

This website uses cookies to improve your experience while you navigate through the website. Out of these cookies, the cookies that are categorized as necessary are stored on your browser as they are essential for the working of basic functionalities of the website. We also use third-party cookies that help us analyze and understand how you use this website. These cookies will be stored in your browser only with your consent. You also have the option to opt-out of these cookies. But opting out of some of these cookies may have an effect on your browsing experience.
Necessary Always Enabled
Necessary cookies are absolutely essential for the website to function properly. These cookies ensure basic functionalities and security features of the website, anonymously.
Functional
Functional cookies help to perform certain functionalities like sharing the content of the website on social media platforms, collect feedbacks, and other third-party features.
Performance
Performance cookies are used to understand and analyze the key performance indexes of the website which helps in delivering a better user experience for the visitors.
Analytical
Analytical cookies are used to understand how visitors interact with the website. These cookies help provide information on metrics the number of visitors, bounce rate, traffic source, etc.
Advertisement
Advertisement cookies are used to provide visitors with relevant ads and marketing campaigns. These cookies track visitors across websites and collect information to provide customized ads.
Others
Other uncategorized cookies are those that are being analyzed and have not been classified into a category as yet.
SAVE & ACCEPT
Powered by